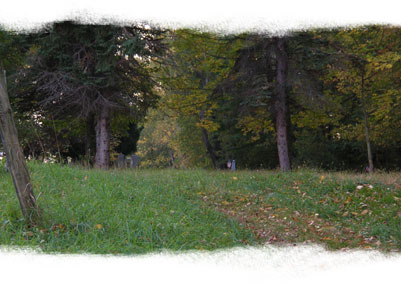 Becky’s Grave, A.K.A. Snavely Cemetery, is situated on the outskirts of Elton, PA on Mount Airy Drive.  It is kind of a famous ghostly hot spot in this part of the county where the spirit of Rebecca (Becky) Kring is supposed to haunt.  Many rumors circulate the area of high school students encountering Becky’s ghost there at night.  I’ve also heard stories of parked cars not starting while trying to visit the place.  Ask anyone though and I doubt they know the truth behind Becky and her grave.

I’m distantly related to Rebecca Kring and I’m sorry to inform everyone that she isn’t even buried in the cemetery that has her name attached to it.  Her grave is located a few miles away in Dunmire Cemetery up near EZ Shopper on Route 160 and I’m not sure why this grave yard is popularly called Becky’s Grave.  You can go up there yourself and find here grave.  Her grave is also listed as being there based off of a survey conducted here: http://www.camgenpa.com/db/cemetery/cemList.php?cem=17&page=1

The true story behind Becky is she was born Rebecca Wertz on March 18th, 1807 and died along with her husband in a tragic house fire on January 22nd 1892.  I’ve heard stories of how she was witch who was hung for practicing black magic but I’m sure the stories were all fabricated

I’ve been to Becky’s Grave many times myself, even at night, and I never had anything happen to me and I’ve never seen any evidence of a haunting there.  I’ve also never heard a first-hand account of anyone ever experiencing anything paranormal there at all.  SPLAT visited the site and did an investigation but nothing was found to indicate it was haunted.

Below is a news article taken from the Johnstown Tribune or The Messenger on January 30th, 1892 that deals with the death of Becky Kring. No name of the publisher was found on the clipped article as noted in my family history book where the article was taken from.

BURNED TO DEATH IN BED

A HORROR IN THE VILLAGE OF ELTON WEDNESDAY NIGHT

The House of Samuel Kring and Another Building Destroyed, and He and His Wife Suffocated and Their Bodies Partly Consumed in the Flames..The Villagers Wild with Excitement..Heroic  Attempts at Rescue.

About half-past 10 o’clock Wednesday night the village of Elton, containing between one hundred and two hundred people, seven miles south east of this city, in Adams Township, Cambria County, was thrown into a state of great excitement by the breaking out of a fire.   Most villagers had retired for the night, and it was the men about Ickes’ Hotel who, being still astir, first discovered the flames.

The Fire was discovered to be in the rear part of the residence of Samuel Kring.  Flames were shooting through the windows.   In front some of the men broke open the door and windows, but a tremendous volume of flame and black smoke burst through the openings thus made, but prevented entrance to the building.  Several desperate attempts were made by persons to force their way into the house, and water was freely applied from a hole cut through the ice in a dam near by, in the hope of rescuing Mr. and Mrs. Kring, who slept in a room on the first floor, but every such attempt proved futile, the heat and suffocating smoke being more than anyone could endure, and the poor old couple were of necessity, abandoned to their fate.

The flames made rapid headway, and not only quickly consumed the building in which they originated but communicated with one adjoining and destroyed it.  The former was a two story plank, occupied and used as a kind of warehouse.  Both belonged to Mr. Kring.

As soon as the flames had spent their fury, water was thrown in considerable quantities upon the charred timbers at the corner of the house in which the room was located where the aged couple slept, in the hope of finding whatever of the bodies the fire had not consumed.  The search soon resulted in the uncovering of the blackened and roasted remains of both Mr. and Mrs. Kring.

Nothing but the trunks was left.  Mrs. Kring’s was found in one corner of the room where the bed had stood, and Mr. Kring’s in another corner where there had been a lounge, indicating that she had been sleeping in  the bed and he on the lounge.  The remains were not disturbed at the time, some of the people thinking that an inquest should be held, and that the remains should not be interfered with until viewed by a jury.  Word was accordingly sent to Squire Henry Fye, and he arrived yesterday morning.  After an investigation he decided that an inquest was not necessary.   The remains were thereupon taken from the ruins and placed in a house near by.

As to the origin of the fire, nothing has been definitely learned.  There was a stove in an out-kitchen adjoining the rear of the house, and there was also one in the sleeping room.  It is thought that in someway the building caught from on of these, probably from the one in the bed chamber, the resulting smoke quickly stupefying the old couple, and rendering them helpless victims of the flames.

Their extreme age too, was against them, Mr. Kring having attained his seventy-ninth year and Mrs. Kring her eighty-third.  She was quite feeble, but managed to do her own work unaided, and there was nobody at the house but herself and her venerable partner.

As may easily be imagined, the scene in the village during and for some time after the fire was one of the wildest excitement.  The church bells were rung, the people yelled, and everybody was in a measure of terror-stricken, while the pitiful cries and frantic conduct of a daughter of Mr. and Mrs. Kring..the window of Charles Helsel, living in Elton..added a most distressing nature to the sad affair.  (The daughter was Sarah Kring Helsel). 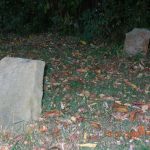 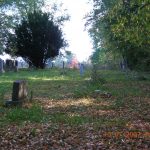 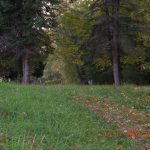 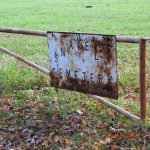