The Portage Railroad museum (http://www.portagepa.us) is located in downtown Portage at the intersection of Lee and Washington Streets.  It was built in 1926 and operated as part of the Pennsylvania Railroad.  The tracks next to the station are still in use, but the station and passenger services ceased operation in 1954.  The original train station in Portage was actually located further down Washington Street.

After 1954 the building was used by the Knights of Columbus and then by Stager Enterprises for use as storage.  In 1991 it became home to the Portage Area Historical Society who renovated it and turned it into the museum that it is today.  Extensive work was done between 1999 and 2001 under the Keystone Grant.

The museum is a two story building.  The first level has various historical displays, the original ticket booth office and a gift counter.

When the station was still in use, passengers would purchase their tickets then travel up a set of stairs between an arched bridged next to the station.  This would lead them to a waiting area between the tracks so they could catch their train.  The second floor of the building was mainly used as storage and now contains a massive HO scale model train set of the Portage area, historical artifacts, books, and a bathroom.

A few weeks prior to the investigation, Jason and Walt visited the museum to interview some of the employees there and to try and dig up any information on who worked there or if any tragic events may have occurred on the property.  Unfortunately specific names of former employees could not be located and nothing out of the ordinary ever happened on the property.

The entire SPLAT Team was present during the investigation along with two reporters from local newspapers.  Chad Mearns joined us from Our Town magazine and Tisha Stefanik from Mainline Newspapers.

We setup our equipment on a table in the first floor behind the ticket counter.  Baseline readings were conducted throughout the entire building, including the basement.  Nothing unusual stood out during the baseline gathering phase that could not be accounted for.  Overall the entire building was free from any sort of high EMF fields.

Our next step after baseline readings were completed was to try and figure out if we could debunk the shadow figure seen near the stairwell.  Jason and Jamie proceeded to go outside and walk around the building trying to shine flashlights and get their shadows to come through the windows around and near the stairwell. 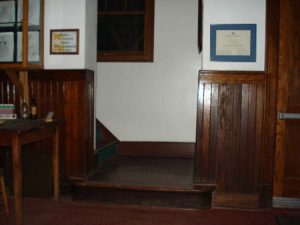 They weren’t able to replicate any shadows from the direction of the train tracks which run on that side of the building. The tracks lay too high for any shadows cast by passing trains to be seen as walking down the stairwell.  However, it was found that if a person would have been walking on the sidewalk out front of the museum and a car passed at the same time, it would cast a shadow with the illusion that it was walking down the steps towards the wall.  This was mostly due to the fact that the stairwell window that could have had some sort of natural shadow come through it is facing a steep embankment that leads up to the tracks and it would be very difficult, if not impossible for a human shadow to come through the window.

During this time Chad Mearns heard what sounded like a train from the 2nd floor model train area.  We hurried up to see what it could be but could not initially determine the source.  We thought it might have been some sort of train set malfunction that caused it to go off unexpectedly. 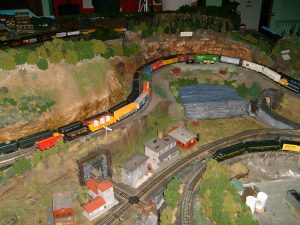 Todd and Davey then went through the building and taped off all of the windows with black garbage bags.  This was done to prevent light coming through from both cars and street lights outside.  The light from these sources could have affected our IR cameras and also could have been confused as a true paranormal showdown entity.

Stationary Sony IR cameras were set up in the first floor facing the stairwell, on top of the stairs and on a walkway next to the model train set on the second floor.  Digital voice recorders were placed throughout the building as to try and gather as much video and audio data as we would get.

We split up into two teams once we had all the equipment in place.  Jay, Jamie, Chad and Davey covered the downstairs, while Tony, Todd, and Walt monitored the 2nd floor.  Tisha has left during this phase of the investigation.

For the continuation of the investigation, the two teams monitored the area and stayed vigilant for any unusual shadows, sounds, etc.  Jason also conducted an EVP session to see if communication with a passed ticket booth worker or someone else was possible.  Nothing dramatic occurred throughout the night.

Nothing was found during our review of the data we collected and no one had any personal experiences.  The mysterious train sound from the 2nd floor that was reported to us by Chad ended up being a wall clock that played the sound of a locomotive every so many hours.

The shadow figure, even though it was replicated, still could have been a residual event.  Our means to scientifically recreate the shadow only rule out the possibility of natural causes.  However, with the new renovations taking place within the building at the time the shadow was seen, there is always the possibility that the witness observed a residual entity.  The stove was also debunked through the observation of the vibration through the flooring caused by the passing of trains on the third set of tracks nearest the building.  The vibrations from this specific set of tracks were great enough that in the time period of one night, the possibility is there that the stove could “walk” across the floor.

Overall we had a lot of fun doing the investigation.

We also would like to thank the Portage Area Historical Society for trusting in the expertise of The Southwestern Pennsylvania League of Apparition Technologists to handle their case.

Also thank you to both Chad Mearns and Tisha Stefanik for their interest in SPLAT.

I’m very interested in local history and before we took up this case I had never set foot in the museum.  I highly recommend visiting it to anyone interested in trains, coal mining or just history in general.  Being in a model railroad club in high school, I especially enjoyed seeing the wonderfully crafted train set on display there.  It was exciting doing this case even though we came up empty handed. 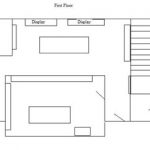 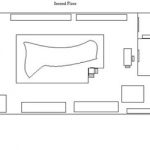 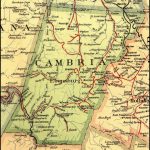 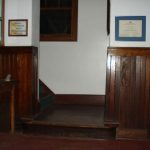 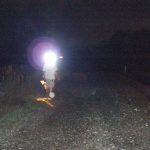 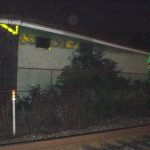 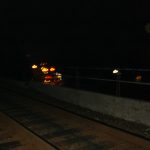 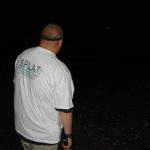 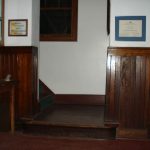 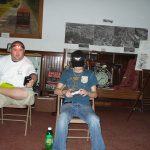 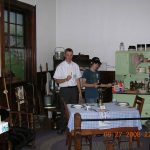 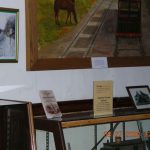 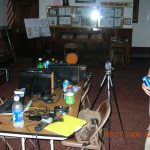 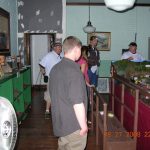 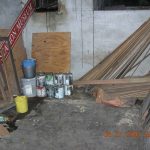 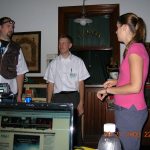 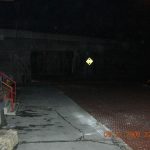 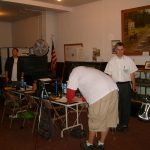 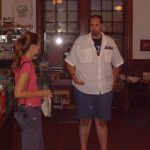 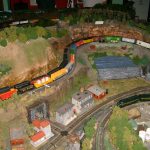 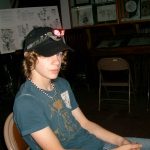 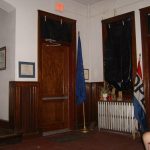 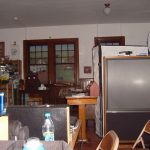 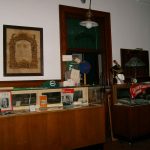 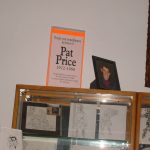 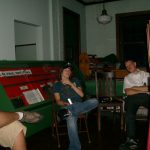 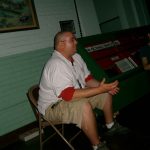