The month of October has a been a busy time for me. I was contacted by both the Johnstown Tribune-Democrat and Johnstown Magazine for interviews involving the paranormal, including The Lost Children of the Alleghenies, Becky’s Grave, and The Rolling Mill Mine. I was honored to have made the front page of the Tribune-Democrat on the Lost Children’s article for their Halloween Day edition.

The writers at the Tribune and Johnstown Magazine did a great job. I want to give credit to all the members of S.P.L.A.T. because without that group, these would have never been published.

Below are the articles from the Tribune-Democrat. I hope you enjoy reading about these fascinating stories from the eerie mountains of the Laurel Highlands. -Walt 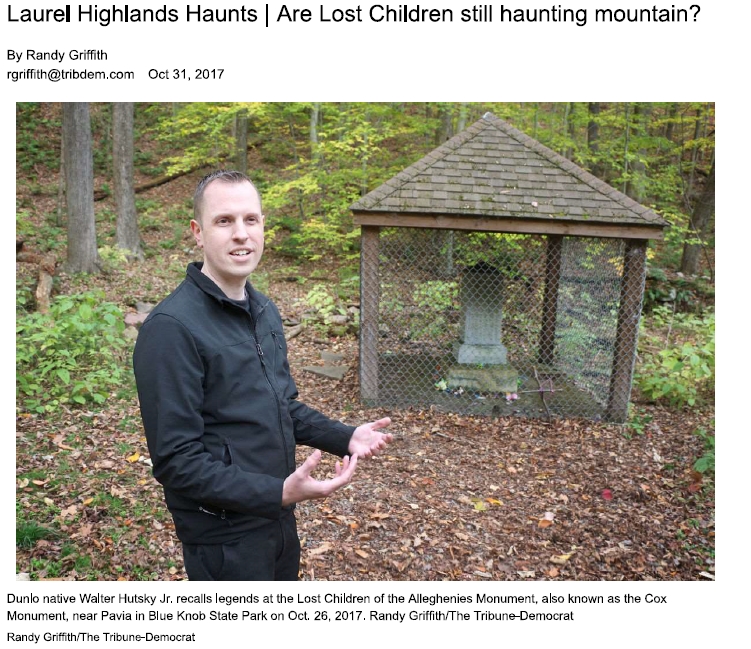