The month of October has a been a busy time for me. I was contacted by both the Johnstown Tribune-Democrat and Johnstown Magazine for interviews involving the paranormal, including The Lost Children of the Alleghenies, Becky’s Grave, and The Rolling Mill Mine. I was honored to have made the front page of the Tribune-Democrat on […]

Raspberry Pi Google Wall Calendar Project Revised: 8-8-2017 Project Background: I’ve been hearing a lot about Raspberry Pi’s lately and thought it was time for me to get in on the action to see what they are all about. Before starting in on this endeavor, I had a general idea of what a Raspberry Pi […] 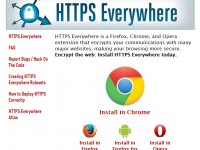 Cybersecurity is one of my many interests. My work at is often focused on helping ensure computer networks and systems remain secure from various security threats. I hold a Comptia Security+ certification and I’ve also recently completed an online MIT course on Cybersecurity, which taught me that cybersecurity is a negative goal and a continual process. New threats emerge […] 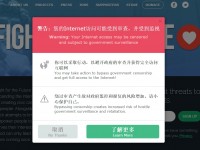 Many of us here in the United States take our freedom for granted, especially when it comes to accessing the Internet. We take for granted being able to go onto YouTube, anytime we like, to watch our favorite videos or loading up Google and searching for whatever it is we are looking for. Many people, unfortunately, don’t […] 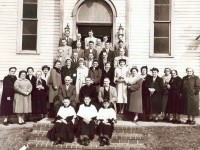 This blog post is dedicated to SS. Peter & Paul Byzantine Catholic Church in Dunlo, Pennsylvania. The church has played a memorable part in the lives of many who attended it for over the last hundred years. It has seen countless baptisms, weddings, receptions, first holy communions, Easters & Christmas celebrations, confessions, funerals and has been host […] 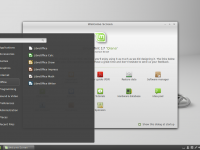 My dad (Walter Sr.) recently entered retirement and I was FINALLY able to talk him into getting the Internet and a computer. This was no easy task. He’s in his mid-50’s and has never owned or used a PC before so getting him to agree to try and use a computer was a big deal. While […] 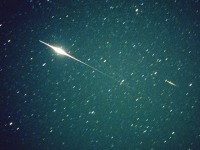 This past July I was fortunate enough to attend a Star Party with my girlfriend Mary. We were looking for something to do on a Saturday night and I randomly saw this event advertised on a website of local events. I didn’t know anything about a Star Party going into this, but I’ve always loved […] 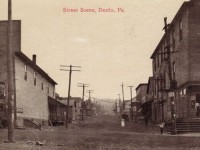 I grew up in Llanfair, Pennsylvania, which is a village on the hillside above the neighboring village of Dunlo. Both are small villages located in the Laurel Highlands region of the Applications Mountains in Adams Township, Cambria County. They are quintessential former coal mining communities of west-central Pennsylvania, and like many of the other communities in the area, each […]

Everything Else Wal-blogs
Dunlo Llanfair